The most anticipated audiovisual production revolving around this intergalactic video game saga has been continuously postponed for the past five years...

This is the case for Halo gamers, who consider themselves to be part of an intergalactic struggle to defend the human race. It is no secret that video games occupy leisure time, but they also create an opportunity to experience stories full of adrenaline, adventure, risks and challenges, through the actions of the characters. Of course the advantage is that if something goes wrong, the player has the opportunity to try again.

Since 2013, after Xbox´s announcement at the E3 Microsoft, fans of this great saga have waited for the creation of a show set in the Halo universe, headed by none other than Steven Spielberg himself, who is well known for his staggering experience with science fiction movies, and his particular inclination towards alien stories (ET, Close Encounters of the Third Type, War of Two Worlds and Super 8). 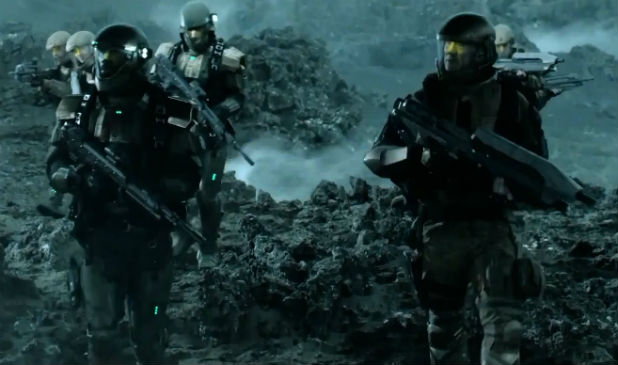 Finally, on June 28th, 2018, XBox issued a statement that Showtime, the premium subscription and streaming channel, along with Amblin Television, a production company founded by Spielberg, and 343 Industries, a video game company founded by Microsoft, will work in collaboration to carry out the long-awaited Halo series, which will be released in 2019.

According to the statement, Kyle Killen, who is the creator of two Fox series, Lone Star and Awake, as well as the screenwriter of the movie The Beaver, will develop the script based on the events that occurred in the Halo universe during the XXVII century, when there was an epic battle between humanity and aliens. Rupert Wyatt, director of Rise of the Planet of the Apes, will be once more in charge of implementing his artistic vision of a war between two species fighting to defend and claim their territory.

They are currently in the pre-production phase and, for the time being, only ten chapters, to be broadcast by CBS worldwide, have been planned. But, if the success of the proposal is as widespread as expected, it is likely that the contract will be renewed, thus extending to include more episodes, allowing fans to enjoy the story of the most important intergalactic video game of the last decades, to the fullest.